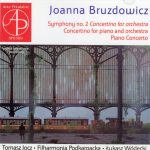 Our sound library keeps expanding thanks to some old and some new friends of the Polish Music Center who keep donating their newest recordings to us. Composer Joanna Bruzdowicz is certainly one of our closest long-time friends and supporters and she recently sent us a CD featuring Filharmonia Podkarpacka led by Łukasz Wódecki in Bruzdowicz’s Symphony No. 2, Piano Concerto and Concertino for Piano and Orchestra. The piano soloist for both works is Tomasz Jocz. This Acte Préalable APO389 release is a world premiere recording that continues the company’s commitment to spotlighting Polish music. An extensive and informative booklet with photos adds to this commendable presentation. 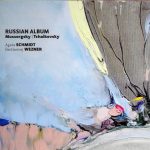 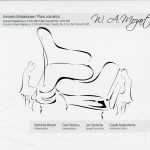 Pianist Bartłomiej Wezner, professor of Collaborative Keyboard Arts at the Music Academy in Bydgoszcz has given two of his CDs to the Polish Music Center, following his recent appearance at La Semaine Polonaise in Toulouse with soprano Anna Wilk. The first of the CDs features Mr. Wezner with mezzo-soprano Agata Schmidt in performance of Modest Mussorgsky’s song cycles The Nursery and Songs and Dances of Death as well as in three songs by Pyotr Ilyich Tchaikovsky. The other CD presents Mr. Wezner as soloist in Mozart’s Piano Concerto in F-major, KV 459, and in the Concerto for Two Pianos in E-flat major, KV 365, the latter with pianist Ewa Pobłocka. Capella Bydgostiensis is led on the Mozart recording by Jan Stanienda. 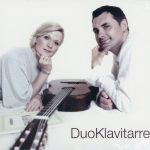 Following their recent concert appearances in Southern California, Maciej and Jolanta Ziemski—otherwise known as DuoKlavitarre, an ensemble based in Bremen, Germany—presented us with a rare recording of music for piano and guitar by Luigi Boccherini, Leonard von Call, Claude Debussy, Roland Dyens, Owen Middleton, Maurycy Moszkowski, and Gerald Schwertberger. 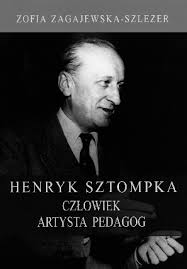 The PMC’s library of books, on the other hand, was also enriched recently by two very interesting titles. Pianist Sławomir Dobrzański sent us Henryk Sztompka—Człowiek, Artysta, Pedagog [Henryk Sztompka—A Man, an Artist and Pedagogue] by Zofia Zagajewska-Szlezer. This fascinating volume published by the Kraków Music Academy highlights Sztompka’s life and career that took off after he was one of the handful of Paderewski’s students in the late 1920s and early 1930s. Noted for his insightful interpretations of Chopin’s music—and especially of the Mazurkas—Sztompka served several times as juror for the Chopin Competitions in Warsaw and was a cherished professor at the Kraków Music Academy. This book quotes several personal reminiscences and tributes to Sztompka’s teaching style from many of his former students. Reproductions of concert programs, lists of Sztompka’s repertoire and recordings as well as a short summary in English at the end of the book complete this very attractive presentation.

Another very attractive presentation is the sumptuous and well-illustrated catalogue of the Paderewski Exhibit at the National Museum in Warsaw (pictured above). To commemorate this year’s celebrations of Poland’s regained independence in 1918—and Paderewski’s pivotal role in it—a number of institutions and organizations have organized concerts, festivals and exhibits dedicated to this great pianist, composer, politician and humanitarian. The National Museum Exhibit and the catalogue present a fascinating selection of documents, memorabilia and artwork that Paderewski left in his 1930 will to this institution. With extensive texts in Polish and English, this is a truly grand reference source for Paderewski’s long and eventful life. This great gift to the Polish Music Center was graciously and generously made by Dr. Anna Feliks, Curator at the National Museum in Warsaw.

As always, to all of our friends and donors—Thank you! Dziękujemy!