Under the title “Powstało w wolnej Polsce” [Created in Independent Poland], the Warsaw National Philharmonic’s April 27-28 concerts featured Paderewski’s Overture for Symphony Orchestra and a Piano Concerto in D-flat Major by now largely forgotten Kraków based composer, Jerzy Gablenz (1888-1937). Although the work was completed in 1926, this lushly neoromantic work received its world premiere only in November of 1977, a world away in Santo Domingo, Dominican Republic. After the intermission, Shostakovich’s First Symphony rounded off the program.

Warsaw Philharmonic was led by a young maestro Paweł Kapuła (b. 1992), who studied with Prof. Tadeusz Strugała at the Music Academy in Kraków and made its debut with the Warsaw orchestra in 2016, when he replaced the ailing Stanisław Skrowaczewski. The success of this appearance led to Kapuła’s concerts with the National Radio Symphony Orchestra in Katowice and an assistantship with the Orchestre National de Belgique. Kapuła also appeared with a number of symphony orchestras throughout Poland and participated in several recording projects with the Warsaw Philharmonic where he serves as assistant conductor since the 2016-2017 Season.

The “Powstało w wolnej Polsce” series will continue on May 25-26, 2018, with performances of three major works by Paderewski: Nocturne in B-flat major, op. 16 n. 4 (orchestral version arr. by Jerzy Maksymiuk); Polish Fantasy on original themes for piano and orchestra, op. 19; Symphony in B-minor “Polonia” (edition – Jerzy Maksymiuk, edited for the National Philharmonic). The Orchestra will be joined by pianist Yulianna Avdeeva, winner of the 2010 Chopin Competition, and conducted by Jerzy Maksymiuk. 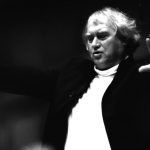 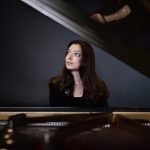