Polaczyk Premiere By Augustyn In NYC 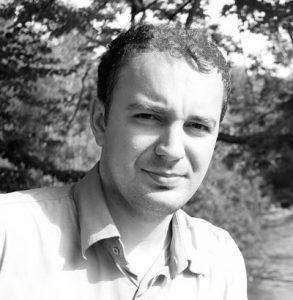 New works by Polish composers Paweł Mykietyn and Piotr Peszat were premiered by the Beethoven Academy Orchestra (OAB), led by conductor Wiktor Kociuban, on December 17, 2017 at the hall of the Mieczysław Karłowicz Orchestra in Szczecin, Poland. The pieces were Piotr Peszat – The Artist’s way for recitation (taped) and orchestra and Paweł Mykietyn – Herr Thaddäus for bass (tape) and orchestra (commissioned by: Fundacja Delirium).  Special guests for the evening were Łukasz Konieczny – bass, Barbara Sieroslawski – recitation, Grzegorz Mart – video, and Mirosław Bałka – scenography and video.

The program was repeated two days later in Kraków, at the Juliusz Słowacki Theatre. 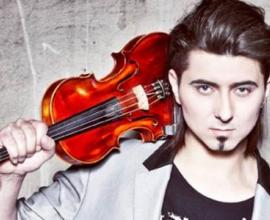 The Kalisz Philharmonic Orchestra presented the world premiere performance of Adam Bałdych’s Pamiętniki[Memoirs]—a work commissioned by the ensemble—on December 15, 2017. This work for improvised solo violin, cello, harp, voice and percussion blends elements of classical and jazz music, reflecting the composer’s background as virtuoso classical and jazz violinist. Besides Mr. Bałdych, the soloists for this concert included cellist Michał Barański, vocalist Karina Srocka-Bałdych and percussionist Dawid Fortuna, with Adam Klocek serving as conductor. This composition was supported by grants from the Ministry of Culture and National Heritage under the Composers’ Commissions Program administered by the Institute of Music and Dance [IMIT].

Following on their successful October 2017 concert in Los Angeles as a part of the PMC’s Paderewski Lecture-Recital series, the Cracow Duo will lead an ensemble of musicians in another monographic concert featuring the music of Marcel Chyrzyński. Entitled “Clarinet in Marcel Chyrzyński’s Works,” the January 19 concert at Florianka Hall in Kraków will present the composer’s “Kwazi” series (Quasi Kwazi I, Quasi Kwazi II, and Quasi Kwasi III for clarinet solo), Three Preludes, Dance of Death, and Haiku No. 2 for clarinet and piano, as well as Reflection No. 4 for flute, clarinet, cello, percussion and piano.

The closing work on the program—Death in Venice for clarinet, cello and piano—will receive its Polish premiere on this occasion, following the world premiere of this piece at the PMC’s October 2017 concert and subsequent performance of it in South Korea in early December. 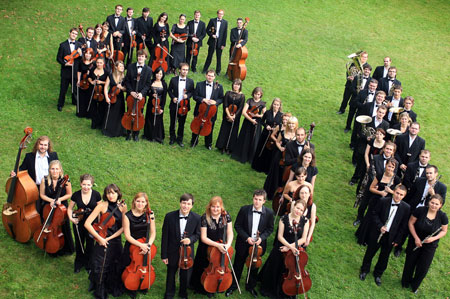 On January 20 in the Lutosławski Polish Radio Studio in Warsaw, one of the most outstanding contemporary guitarists—Łukasz Kuropaczewski—will perform with the Polish Sinfonia Iuventus Orchestra conducted by Piotr Gajewski. Entitled “From Seville and the Aranjuez Gardens,” the program will include Joaquin Rodrigo – Concierto de Aranjuez, Georges Bizet –Suites No. 1 & 2 from Carmen, and Mikołaj Górecki – Arioso e Furioso. Concerto for guitar, string orchestra and percussion.

The applications for the ‘Composing Commissions’ program can be submitted by state and local government-run cultural institutions, non-governmental organizations, churches and religious associations, art universities and colleges, public and non-public art schools, as well as private business entities. The budget for the program in 2018-2019, including cancellations, has been set at PLN 2 300 000.

The final deadline for submissions is January 31, 2018.

The goal of the ‘Composing Commissions’ program is to support contemporary music by commissioning new compositions and creating conditions conducive to their permanent presence in public space. In the six editions of the program that have taken place thus far, there were almost 550 new works commissioned from more than 270 composers.

Detailed information about the program, a database of all compositions, and profiles of the composers can be found at www.composingcommissions.pl.

The Third International Composers’ Competition “Patri Patriae” invites high-school aged students of composition and young composers to submit a work dedicated to the memory of Pope John Paul II. The application deadline has been extended to February 5, 2018. The submitted work should be one of the following types: composition for any solo instrument (including organ); a work for female choir a cappella (including one or two vocal soloists); a work for chamber orchestra (with a possible soloist); or a work for chamber orchestra and female choir.

Eligible are high-school age students and composers born after January 1, 1992. All entries should be submitted anonymously and should not have been previously performed or published. The winning compositions will be performed at concert in April 2018 and recorded. This competition is organized by the Kilar Music School and Szymanowski Music School in Katowice, the Center for Artistic Education and Polish Composers’ Union (ZKP).

More information about this competition in Polish and English is available here: 2st.zpsm.edu.pl.

The Kosciuszko Foundation announces the 66th Chopin Piano Competition. The Semifinals and Finals will take place on September 29-30 at the Kosciuszko Foundation House in New York City. Contestants will be notified about admission to Semifinals by 15 June 2018. Winners will compete for prizes totaling $20,000 and concert engagements. Further information and registration forms can be found here: www.thekf.org/kf/programs/competitions/chopin.

The Kosciuszko Foundation’s Chopin Piano Competition was established in 1949, in honor of the hundredth anniversary of the death of Frederic Chopin. Over the years, many outstanding musicians have been associated with the competition including Van Cliburn, Ian Hobson, and Murray Perahia.

Ravel Piano Duo In Concert And On CD 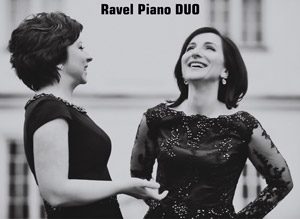 This concert takes place on January 21 at the Concert Hall of the Chopin Music School on Bednarska Street in Warsaw. Following the free concert, a Q & A session with the artists will be moderated by Kinga Wojciechowska, editor of Presto music magazine.

Górecki In Context – Essays On Music 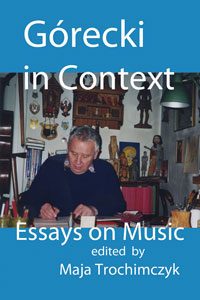 Moonrise Press announces the publication of Górecki In Context – Essays on Music, edited by former PMC Director Maja Trochimczyk. This volume gathers interviews and studies of the music of the Polish composer, Henryk Mikołaj Górecki (1933-2010). Contributors include the composer himself—in a series of interviews spanning his entire career, from 1962 to 2008—as well as leading Górecki scholars from Poland, the U.K., the U.S., and Australia. Chapters highlight three of the four symphonies: the Second Copernican (Kinga Kiwała), the Third, The Symphony of Sorrowful Songs(Maja Trochimczyk) and the Fourth Tansman Episodes (Andrzej Wendland). Two studies by eminent Polish scholar and Górecki’s personal friend, Prof. Teresa Malecka, present the composer’s links to Polish musical traditions and an overview of his piano music. An overview of Górecki’s life and career, and a case study of his visit to Los Angeles in 1997 when he conducted his Third Symphony for the first time outside of Poland, round out the volume. The collection includes also a list of works, music examples, portraits, photographs, and a bibliography.

Maja Trochimczyk, Ph.D., is a music historian, poet, photographer, and non-profit director born in Poland and living in California (www.trochimczyk.net). Her work on Górecki was previously published in Musical Quarterly, the Polish Music Journal, and Organized Sound. She has published six books on music: After Chopin: Essays in Polish Music, The Music of Louis Andriessen, Polish Dance in Southern California, A Romantic Century in Polish Music, Lutoslawski: Music and Legacy (co-edited with Stanislaw Latek) and most recently Frédéric Chopin: A Research and Information Guide (Routledge, co-edited with William Smialek, rev. ed., 2015). She has also published 27 peer-reviewed articles in such journals as Computer Music Journal, Contemporary Music Review, Leonardo, American Music, Muzyka, Musical Quarterly, Polish Review, Studia Musicologica, Polish American Studies, and Tempo, as well as 18 book chapters in edited volumes on Chopin, Lutosławski, women composers, Polish music after 1945, and ecomusicology. Hundreds of her articles and poems appeared in English, Polish, as well as in German, French, Chinese, Spanish and Serbian translations. As one of the organizers of the 1997 Górecki Autumn Residency at the University of Southern California in Los Angeles, and the composer’s personal translator and guide, she had an unusually close contact with the reclusive composer and was able to present his views in two interviews and several articles, with a focus on the Third Symphony.

The International Lutosławski Cello Competition in Warsaw is the first and still the only competition in Poland where the complete portfolio of cello works by Lutosławski are included in the repertoire. Running since 1997, the 11th edition of the Competition takes place January 29 – February 10 at the National Philharmonic Hall. Rounds 1 and 2 will be open to the public, followed by a Final Round to be performed with orchestra. A total amount of no less than €25,000 will be distributed by the jury among prize winners during the Concert of Laureates on February 10.

Some important changes this year include increasing the eligible age from 24 to 28 and holding the competition in one of the most prestigious venues in Poland, the National Philharmonic Hall in Warsaw. Sixty-seven cellists from twenty-three countries (including seventeen from Poland) will compete and present a variety of works from the Baroque era to the present. Special emphasis this year was placed on presenting music by contemporary Polish composers, including Jerzy Bauer, Krzysztof Penderecki, Marta Ptaszyńska, Witold Szalonek and Paweł Szymański. A new work by Dariusz Przybylski, entitled Out for cello, was composed specifically for this year’s Competition.

On January 20, the Jacaranda series presents pianist Inna Faliks joined by Scott Dunn, Billy Childs, Louise Thomas, and Daniel Schlosberg in a program entitled “Indivisible.” They will perform the epic protest classic The People United Will Never Be Defeated(1975) by Polish-American composer Frederic Rzewski, and the LA premiere of Gay Guerilla by African-American composer Julius Eastman, in observation of Inauguration Day.

On January 13 and 14, the Chopin for All Free Concert Series features Alex Beyer, a laureate of the 2015 National Chopin in Miami, Bronze Medalist of the 2016 International Queen Elisabeth Competition held in Brussels, and a finalist of the 2017 American Pianists Association Awards. Beyer’s program will include all of Rachmaninoff’s 13 Preludes Op. 32, as well as a selection of music by Chopin.

On January 21, the Chopin Foundation of the US continues its 2018 offerings with the Chopin Salon Concert, featuring pianst Mei-Ting Sun—winner of the 2005 National Chopin Competition. The program of this elegant afternoon of wine and music will include Chopin’s Impromptu No. 1 in A-flat major, Op. 29; Prelude in C-sharp minor, Op. 45; and Andante Spianato in G major and Grande Polonaise Brilliante in E-flat major, as well as a selection of transcriptions by Art Tatum.