UNESCO proclaimed the year of 2017 as “Year of Kosciuszko” honoring the bicentennial of his passing in 1817. General Thaddeus Kosciuszko (1746-1817) was a national hero in Poland and the US, a freedom fighter and military leader, and an ardent advocate for the rights of European serfs, African Slaves, Native American Indians, Jews, women and all other disenfranchised social groups on two continents.

2017 also marked the centenary of the Polish avant-garde movement, which was celebrated with concerts, exhibits and conferences around the world.

The Polish Museum of America (PMA) commemorated the historic 80th anniversary of its opening in Chicago with a concert on January 22.

The 140th birth anniversary of Polish composer, conductor, organist and teacher Feliks Nowowiejski (February 7, 1877 – January 18, 1946) was celebrated in 2017, particularly by the Feliks Nowowiejski Society in Poznań that organized a series of events throughout Poland. 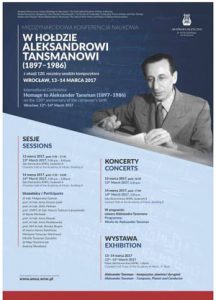 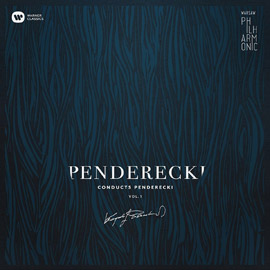 During the 59th edition of the Grammy Awards (February 12), Maestro Krzysztof Penderecki and the Choir and Orchestra of the Warsaw Philharmonic (Henryk Wojnarowski – choir director) won the “Choral Music” category for the album “Penderecki Conducts Penderecki, Vol. 1.” The first of a planned series of studio recordings with the Philharmonic for Warner Records, the album features soloists Johanna Rusanen – soprano, Agnieszka Rehlis – mezzo-soprano, and Nikolay Didenko – bass.

During the International Opera Awards 2017, sponsored by Mazars in association with BBC Radio 3 and Opera Magazine, Polish conductor Grzegorz Nowak and the Teatr Wielki / Polish National Opera won the “Rediscovered Work” award for their revival of Żeleński’s Goplana.

On May 19 in Palermo, Brut for 11 instruments (2014) by Polish composer Artur Zagajewski (b. 1978) was one of two compositions selected for the prestigious 64th International Rostrum of Composers (IRC) in the “General” category. In the “Under 30” category, L’Atelier de sensorité by Szymon Stanisław Strzelec, was also awarded a “recommended” designation.

Polish pianist Szymon Nehring won the first prize at the 15th Arthur Rubinstein International Piano Master Competition in Tel Aviv, one of the most prestigious competitions for young pianists (ages 18-32).

The Polish Academy of Sciences hosted its 1st Musicological Conference “Creators – Sources – Archives” on January 25-26 in Warsaw, organized in the “Polish Music Abroad” cycle of conferences devoted to Polish musicians who live(d) abroad and whose output is kept in foreign libraries and archives. 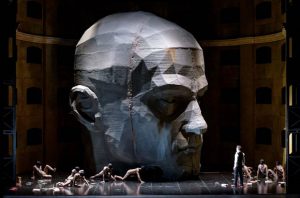 Sydney Opera House presented Król Roger by Karol Symanowski from January 20 – February 15 in a co-production with the Royal Opera House in London presented in collaboration with the Adam Mickiewicz Institute as part of the Polska Music program. Performances were sung in Polish with English surtitles. (above)

In honor of International Holocaust Remembrance Day, on January 25 the Whizin Centerand the Sigi Ziering Institute together with the Consulates of Poland, Germany and Israel presented “A Friendship Concert with Trio Artus” in Los Angeles. Trio Artus is comprised of Esti Rofe – flute, Krzysztof Kaczka – flute and Perry Schack – guitar, and they were joined by pianist Jasna Popovic at the American Jewish University.

The II Festival of Polish Music was held from April 3-6 at the Casa do Lado and Teatro Castro Mendes in Campinas, Brazil, with programs including works by eminent Polish composers, such as Chopin, Opałka, Tansman, Mykietyn, Moss, Penderecki, Majerski, Róžycki, Nowowiejski, and Ryterband performed by musicians from Poland and Brazil.

A chamber concert entitled “Kwartet Śląski / To co najlepsze. Polska i świat” [Silesian Quartet / All the best. Poland and the World] was given by the Silesian Quartet on April 8 at NOSPR Hall in Katowice and included such works as Beethoven’s famous Grand Fugue in B-flat major, op. 133 and H. M. Gorecki’s String Quartet No. 3.

On April 8, the Kosciuszko Foundation in New York presented a recital by Polish countertenor Jakub Józef Orliński and Polish pianist Michał Biel with operatic works by K. Szymanowski, T. Baird, and P. Łukaszewski, and others. All proceeds from the event went to the KF Cultural Events Fund to support the 2018 Marcella Sembrich International Vocal Competition.

Under the baton of Łukasz Borowicz, the Warsaw Philharmonic Orchestra presented the “Ocalić od zapomnienia” [To Save From Oblivion] concert on April 27, featuring pianist Jonathan Plowright  and including the following rare works: Paul Kletzki’s Variations for Orchestra op. 2, Aleksandre Tansman’s Piano Concerto no. 2, and orchestral music from Roman Palester’s ballet The Song of the Earth (1937). 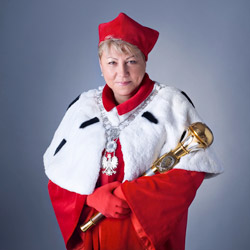 During the Poznańska Wiosna Muzyczna [Poznań Musical Spring] Festival, an intended performance by the distinguished ElettroVoce ensemble of the world premiere of Ryszard Osada’s Creation was forbidden when the head of the Electro-Acoustical Department at the Poznań Music Academy, composer Lidia Zielińska, was interrupted during her introduction by Academy rector Halina Lorkowska (right). Lorkowska forbade the use of the Academy’s sole Steinway piano for the performance, despite the century-old practice of piano preparation.

The Podlasie Opera and Philharmonic Orchestra in Białystok, led by Maestro Jason Lai, presented a fascinating concert on June 9, spotlighting major works by Aleksander Tansman. On the program were Tansman’s Symphony No. 2 in A minor and his Symphonie-concertante, featuring soloists Rafał Dudzik – violin, Jakub Grabe-Zaremba – viola, Jan Kalinowski – cello and Marek Szlezer – piano.

On May 12, PMC director Marek Żebrowski launched the 5th Wojciech Kilar Festival of Contemporary Music at the Gorzów Philharmonic with a performance of the Piano Concerto by Henryk Vars, coinciding with the 40th anniversary of the composer’s death.

The PMC launched its collaboration with the Los Angeles Museum of the Holocaust with a concert dedicated to Polish composer and Holocaust survivor Roman Ryterband on May 21 at the Museum.

Thanks to a wide range of generous donors, our online *Website Reboot* fundraising campaign was an overwhelming success! We reached our goal of 50 donors, which invoked a special Angel Donor gift, and raised $15,076—well over our $10,000 total monetary goal—in support of updating the internet’s primary English-language resource for Polish music information. Our staff and USC ITS are currently hard at work to make this new iteration of our site a reality… stay tuned!

In June, the Polish Music Center launched its own Youtube channel!

On March 5, the Orkiestra Muzyki Nowej (OMN) presented “Matematyka i asceza” [Mathematics and Asceticism], a concert at the NOSPR Concert Hall in Katowice featuring the world premiere of Paweł Hendrich (b. 1979) – Hordiaver, which was commissioned by OMN and co-financed by IMiT’s “Composer-in-Residence” program.

On April 7 at the National Forum of Music, the premiere of Grażyna Pstrokońska-Nawratil’s concerto Assisi for cello, children’s choir and orchestra was performed by the NFM Wrocław Philharmonic with maestro Marek Moś, the NFM Boys’ Choir, Con Brio Choir, cellist Andrzej Bauer and electroacoustician Cezary Duchnowski.

On April 23 and 24, two premieres by Marta Ptaszyńska happened around the world. First, master percussionist Matthew Duvall and guests presented “Whisper(s)” centered around the premiere of her Voice of the Winds for 100 percussionists, and then in Cambridge, UK, the premiere of another fascinating Ptaszyńska piece entitled Luna, Stelle was performed by four virtuoso players: pianists Vivian Choi & David Christophersen, and percussionists Dave Ellis & Derek Scurll.

On April 27 at the Austrian Forum of Culture in Warsaw, 3 works by young Polish composers were premiered by the by the Dziołak/Stankiewicz Duo: Sun-chants by Andrzej Karałow, Four temperaments by Aleksandra Chmielewska, and Tagtraum by Żaneta Rydzywska. Born out of the international friendship amongst the young generation of composers, the “Perspectives” series aims to promote contemporary music and performers specializing in it.

On May 24, the University of Music Fryderyk Chopin hosted the world premiere of Piotr Moss‘s new work, Concerto élégiaque for viola and orchestra, performed by the Sinfonia Varsovia Orchestraunder the baton of Jerzy Maksymiuk, with soloist Katarzyna Budnik-Gałązka, the violist to whom the work is dedicated.

On their 10th anniversary, the Lutosławski Quartet has released an album on CD Accord (ACD 233) featuring works written for them by Andrzej Kwieciński, Paweł Mykietyn and Marcin Markowicz. The release is a kind of summary of a decade of the Wrocław-based quartet’s activities, during which they presented mainly Polish chamber music on almost every continent.

Released in March, “39’45” (Warner Music Classics 0190295917517) features breathtaking performances by the renowned Sinfonia Varsovia recorded under the baton of Jerzy Maksymiuk and Renato Rivolta of works from the orchestra’s native Poland written during the Second World War by Lutosławski, Rathaus, Tansman and Panufnik.

“Premiere” (DUX 1362) is the phonographic debut of Duo Karolina Mikołajczyk & Iwo Jedynecki comprised of new music for violin and accordion by composers from both Poland—including Ignacy Zalewski, Barbara Kaszuba, Miłosz Bembinow, and Edward Sielicki— and elsewhere. Many of the works have been dedicated to the duo and/or were performed by them duo for the composers.

“Made In Poland” (DUX 1298) is an interesting collection of Polish music for strings, both new and not so new,  as performed by the fast-rising Atom String Quartet with the Leopoldinum Chamber Orchestra and violin soloist Christian Danowicz. 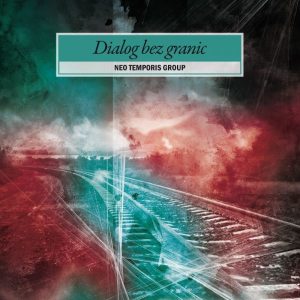 The Neo Temporis Group is a contemporary music collaboration of the Polish ensemble NeoQuartet (Gdańsk) and Ukrainian Ensemble Nostri Temporis (Kyiv), and is a unique phenomenon on the European music scene. The ensemble’s main objective is to create lasting international cooperation, based on the mutual exchange of experience and musical quality in search of a new modern musical art. In doing so, they have recorded new works by 5 Polish and Ukrainian composers on a new album entitled “Dialog bez granic” (DUX 1360).

Warner Classics released an album of motets by Polish composer Paweł Łukaszewski, a leading Polish composer of his generation, including seven world premiere recordings. The album shimmers in intense, immersive beauty with performances of his original works by the excellent Polish Chamber Choir under the baton of Jan Łukaszewski.

See their manuscripts held in the PMC Manuscript Collection