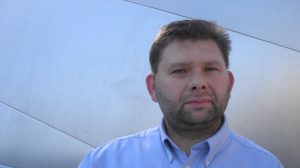 On February 18, a concert of contemporary music performed by Polish Chamber Choir will take a place in the Evangelical Church in Sopot. The event will open with three pieces awarded at the 2016 MUSICA SACRA NOVA International Composers Competition, which seeks to promote sacred choir music of young composers. The competition held its 13th edition with a jury made up of notable experts of choir music, including: Marian Borkowski, Stephen Layton, Jan Łukaszewski, Andrea Angelini, Vaclovas Augustinas, Vincenzo de Gregorio and Jaakko Mäntyjärvi. From the 30 compositions that took a part in the competition, the jury decided to award three to be performed by Polish Chamber Choir.

The highlight of the concert will be the world premieres of 5 new pieces by Paweł Łukaszewski, an excellent composer, conductor and teacher who is the current leader of the Polish sacred choral scene. Four of these works will be included in his newest album, recorded in the Savior Church in Sopot by Polish Chamber Choir under the baton of Jan Łukaszewski. The rest of the repertoire for the concert features works such as: Parce Mihi by Agata Krawczyk and two Scandinavian compositions: O magnum misterium by Jaakko Mäntyjärvi – a composer from Finland and Villarosa sarialdi by Thomas Jannefelt from Sweden, who is also the author of the lyrics in a special Latin-like language created by the composer.