In many of Krzysztof Penderecki’s works, the cello occupies special place in numerous orchestral and chamber compositions as evidenced by this new recording. The album, continuing a series of publishing chamber pieces by Krzysztof Penderecki, is entirely devoted to the cello, which appears both as a solo instrument and as part of the larger orchestral work. The featured works perfectly illustrate the richness of the artist’s work, which in the long-term process of finding and perfecting his musical language reached both measures avant-garde as well as from former eras. The full aesthetic articulation of the cello is especially expressed in “Capriccio per Siegfried Palm,” which refers to Baroque and Romantic traditions, and virtuosic and lyrical “Agnus Dei” performed young German cellist Jakob Spahn, accompanied by outstanding Polish virtuosos of the instrument. 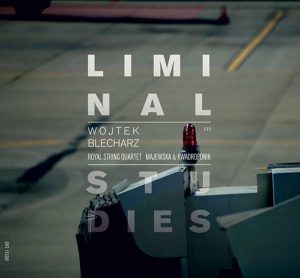 In an interview with Zofia Maria Cielątkowska from Conteporary Lynx Magazine, Wojtek Blecharz explains the concepts of both pieces found on the new recording:

“I composed September last year in 2014 for Installations Festival at Nowy Teatr in Warsaw. I call that piece ‘the mother’. It was the ‘mother’ of the entire cycle of five other pieces, which I created [in 2014]. It is the most personal and the most emotional piece I have ever made, I think … Music and the process of composing for me was a way to vent out, to deal with all those returning emotions. Spiral motion is crucial in the structure of the piece: for almost 10 minutes musicians crumple in circular motion sheets of (tracing) paper: perhaps a letter/palimpsest, which was never sent, ’the next reading’ is a continuous, endless process and happens right now, the voice in my head cannot stop, the never-ending stream of the text has to ‘be witnessed’. September (the next reading) was the first piece in my ’dark cycle.’

The concept of liminality was involved in many layers of the ‘string quartet’; a line as a representation of the main theme returns in many ways throughout the course of the piece, a line which intersects something and gives a sense of being on both sides – you draw a line and you are neither here nor there, we are on both sides of the line, musicians cut black ribbon, a ‘sonic line’ divides the audience in two halves. You are exactly in between, in this liminal state. You feel that something is about to end but not yet. The concept of liminality influenced also the way, how musicians play the instruments and the way that the instruments are placed on stage (i.e. two opposite table-top cellos): musicians bow the strings on both sides of a finger, which stops the string-line, the sound itself is “neither here nor there”. 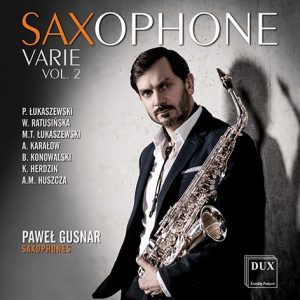 Recent years have seen heightened interest in the Polish saxophone as a full-fledged concert instrument, resulting in the creation of many new and interesting works for saxophone.  Saxophonists have played a significant part in inspiring composers to explore the technical and creative capabilities of the instrument. During the jubilee year of the saxophone, marking the 200th anniversary of the creator of the instrument, Adolphe Sax, the previous volume of “Saxophone Varie” (DUX 0992) was awarded the Fryderyk Music Award in 2014. This album is a continuation of Paul Gusnar’s project to promote a new saxophone literature composers environment related to the Fryderyk Chopin University of Music (UMFC), in which six of the pieces have its phonographic premiere. 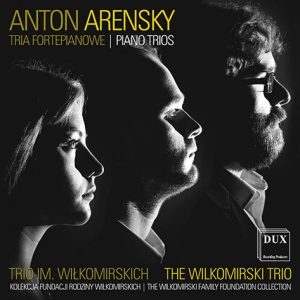 The Wilkomirski Trio presents their debut album, featuring compositions by Anton Aresnky. The trio’s name is a tribute to the extraordinary story of the Wilkomirski family and their musical careers. The original classical ensemble was comprised of Kazimierz, Michał and Maria Wilkormirski, three Polish siblings who were born in Moscow in the early 20th century. The three are intertwined with the tumultuous history of the two world wars, the Russian Revolution and the Polish interwar period, and later developed each developed careers as lecturers in Chicago, Houston and various cities in Poland. The album aims to commemorate their epic repertoire as Arensky was popular during the time that the Wilkormirski siblings began their joint performances. 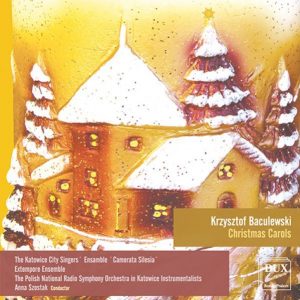 This special holiday album authored by Krzysztof Baculewski, containing arrangements of Christmas carols, is dedicated to the most prestigious Polish chamber choirs. His compositions successfully weave familiar and popular melodies with more advanced elements of harmony and polyphony, above all. Liturgical elements and Baroque patterns reflect the composer’s interest in climate, texture and classical music forms, that the listener can internalize from start to finish. 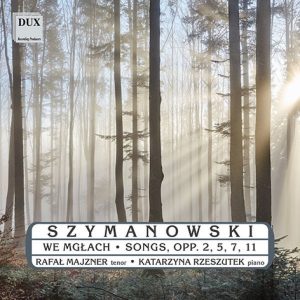 The We Mgłach recording contains all the songs from the first four opuses (2, 5, 7, 11), formed in the early period the composer’s work during the Post-romanticism period. These compositions have all been influenced by great composers of the nineteenth century, yet are dominated by a distinctive individual character created by the composer, that can be distinguished through the original emotionality of the lyrical passages. Apart from a few, quite popular songs, such as “Three Fragments from Poems,” the majority of the tracks listed on the album are very interesting and challenging; thus, they are rarely performed on concert stages.