The month of December encourages world-wide a Holiday spirit of gift-giving, and this year especially the Polish Music Center found itself on the receiving end of many wonderful gifts and donations from our friends across the globe.

Teresa Chylińska—the world’s leading expert on Szymanowski anda great friend of PMC—donated two important publications to us recently. The first is a booklet of the Kraków Opera production of Szymanowski’s Król Roger, which was premiered in Kraków in mid-November 2015 with Mariusz Kwiecień in the main role and the Kraków Opera Orchestra, Chorus and Ballet led by Łukasz Borowicz. Teresa Chylińska’s extensive notes in Polish and English will certainly be very useful to all our patrons interested in researching Szymanowski’s celebrated opera. Also from Teresa Chylińska we received a new Ashgate publication, The Szymanowski Companion, edited by Paul Cadrin and Stephen Downes. This handsome presentation includes a number of essays by Chylińska including, among others, on Szymanowski’s correspondence, family, genealogy, education, politics, patriotism, patrons, and linguistic abilities. With essays by other Szymanowski experts—Paul Cadrin, Stephen Downes, Zofia Helman, Didier van Moere, Andrzej Tuchowski and Alistair Wightman, The Szymanowski Companion is an excellent addition to our expanding reference library.

Another valuable gift we received in December is a book by Elżbieta Jasińska-Jędrosz, Rękopisy Muzyczne w zbiorach archiwum kompozytorów polskich Biblioteki Uniwersyteckiej w Warszawie [Musical Manuscripts in the Collection of Polish Composers’ Archive at the Warsaw University Library]. Covering entries from A-Ł—beginning with Henryk Konrad Adamus (1880-1950) to Wojciech Łukaszewski (1936-1978)—this is only the first volume of a much needed comprehensive listing with short descriptions of manuscripts held at the Warsaw University Library. With Polish and English introduction as well as illustrations of selected manuscripts at the end of this volume, one can hope that Volume II of this great resource is already in the works and will be published very soon. This particular volume comes with a handwritten dedication from the author to the Polish Music Center!

Director of the National Chopin Institute Library, Dr. Mariusz Wrona, presented Dir. Zebrowski with two beautiful publications—Adam Kaczkowski’s album of photographic portraits of Żelazowa Wola, Chopin’s birthplace with English and Polish texts and Irena Poniatowska’s Fryderyk Chopin—człowiek i jego muzyka [Fryderyk Chopin—the Man and His Music], also in a bilingual edition. Both books were published by Narodowy Instytut Fryderyka Chopina and were presented to Dir. Zebrowski during his visit in Warsaw with Dr. Artur Szklener, Director of the Chopin National Institute in Warsaw.

Krzysztof Fedorczyk, Supervisor of the Węgrów District just east of Warsaw, donated two very interesting books to our library during Dir. Zebrowski’s visit in Poland in December.  The first, Paderewscy w Julinie [The Paderewskis in Julin] chronicles the little-known history of a property bought by Paderewski in late December 1919, which Helena Paderewska promptly turned into a school for orphaned girls. To this day this property serves as a well-run home for children and an educational center. The other book Supervisor Fedorczyk gave to the Polish Music Center, Powiat Węgrowski—Kraina znad Liwca [The County of Węgrów—Lands along the River Liwiec] gives the history of the county with its many points of interest, including the villa in Julin once owned by the Paderewskis. 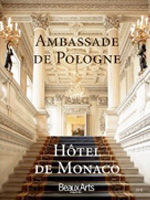 Betty Harford Naszódy, a dedicated long-time friend and supporter of PMC, has been on the lookout for all kinds of items related to Paderewski. Her latest and most welcome gift is two issues of The Etude Magazine, featuring extensive articles about the great Polish pianist and statesman. The first is the July 1939 issue, that came on the heels of Paderewski’s last U.S. tour and the article by B. Meredith Cadman is a review of Paderewski’s Memoirs. The August 1948 Etude features an article, “Paderewski—Pianist and Patriot” by Antoni Gronowicz. These two historical periodicals will augment our Paso Robles Collection that contains many rare Paderewski photos, documents, and personal memorabilia. 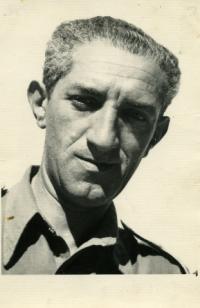 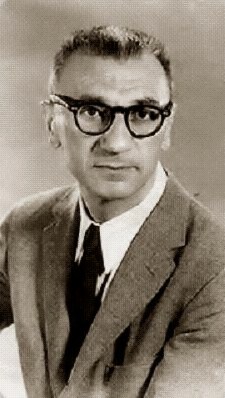 Another great PMC friend and supporter, Dr. Ewa Muchnick continues to furnish us with rare materials relating to two of her close friends and film music composers, Henryk Wars [Henry Vars] and Bronisław Kaper (above). Searching her attic recently, Dr. Muchnick found some old cassettes and VHS tapes. The cassette has Dr. Muchnick’s mother’s writing, “The Film Music of Bronislaw Kaper” and because of its fragile state, we have not yet ascertained what music was recorded on this tape. As far as the VHS tapes, Dr. Muchnick provided us with a DVD transfer copies. The first tape, “Henryk Wars w Polsce” is a TV broadcast featuring Wars’s greatest hits performed by leading Polish actors and singers as well as a 6-minute interview with Henryk Wars himself, conducted by Lucjan Kydryński during the composer’s visit in Poland in 1967. The other DVD is from Piwnica pod Baranami—a well-known Kraków cabaret venue that presents a show of Wars tunes, showcasing local artists. These items will join the Kaper and Wars Collections at PMC, aiding in recent resurgence of interest in music by these two great Polish film composers. 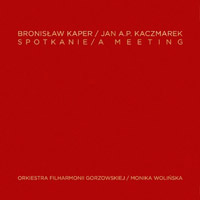 Speaking of Bronisław Kaper…the Gorzów Philharmonic and its dynamic young conductor, Monika Wolińska presented us with a beautifully produced and splendidly performed recording produced by Warner Records of film music by Mr. Kaper, in new re-orchestrations by Krzesimir Dębski as performed at the Nov. 29 concert in Gorzów alongside film music by Jan A.P. Kaczmarek. Monika Wolińska’s gift to PMC also includes 3 copies of the concert program booklet.

From Monika Strugała, our friend at the National Chopin Institute in Warsaw, we received the CD The Best of Chopin: The Real Chopin (NIFCCD 099) and from Maestro Krzesimir Dębski two of his most recent recordings of Violin and Saxophone concertos (PRCD 1943 & PRCD 1855-1856). 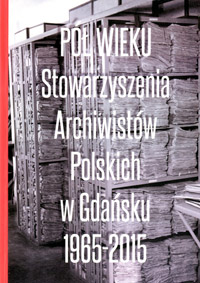 Dr. Monika Płuciennik from the Gdańsk Branch of the National Archives provided us with a recent publication on the half century of Society of Polish Archivists in Gdańsk that she authored. Jan Topolski’s gift to the PMC included a copy of the latest issue of Glissando Magazine(#27/2015) with a CD attached. Professor Joanna Domańska, a pianist on the faculty of the Katowice Music Academy, gave Dir. Zebrowski 2 CDs featuring her performances of Karol Szymanowski (DUX 0576) as well as a disc of works by Dobrzyński, Kilar and Lessel (DUX 0857).

We also received a copy of Benjamin Schultz’s book, Singing in Polish: A Guide to Polish Lyric Diction and Vocal Repertoire, courtesy of Roman & Littlefield Publishing Group. This donation is in recognition of the PMC’s role in supporting Mr. Schultz’s extensive research for this useful publication.

The Portuguese language translation of Henryk Opieński’s book about his friend, Vida de Paderewski, is a gift from Lars Hoefs, a dedicated PMC friend, virtuoso musician, and tireless ambassador for Polish music, most recently in Brazil, where he is on the faculty of Universidade Estadual de Campinas.  This volume proves that interest in Paderewski’s life was still fresh in Brazil, where he performed on his South American tour in 1911. 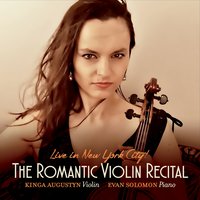 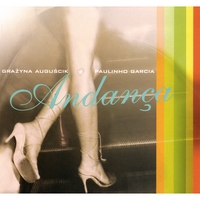 As always, great thanks to our generous friends and donors—Dziekujemy!