One of the newest installments in Google’s Cultural Institute initiative is the exhibit Witold Lutosławski 1913-1994, an interactive exploration of the life and works of the famous Polish composer, through images and text. This is the third Cultural Institute exhibit to be curated by the Adam Mickiewicz Institute/Culture.pl.

There was a strong Polish presence at the January 29 opening of the Metropolitan Opera’s new double-bill of two rarely performed operas: Tchaikovsky’s Iolanta and Bartók’s Bluebeard’s Castle. A co-production of the Met and Warsaw’s Teatr Wielki-Polish National Opera, both operas are staged by acclaimed Polish director Mariusz Treliński, in his Met debut, and Iolantafeatured Polish tenor Piotr Beczała as Count Vaudémont.

Award-winning Polish composer Marta Ptaszyńska (right) will succeed Shulamit Ran as the artistic director of Contempo, the University of Chicago’s renowned contemporary music collective. Over its 50 year distinguished history, the ensemble has garnered many accolades for its fearless performance of contemporary music.

Winner of the 2nd prize at the 2012 London International String Quartet Competition, the Meccore String Quartet (violinists Wojciech Koprowski and Jarosław Nadrzycki, violist Michał Bryła and cellist Karol Marianowski) toured the US in February, with programs including Szymanowski’s String Quartet no. 1—an uncanny blend of late German romanticism, impressionism, and the avant-garde—and Laks’s Quartet no. 3 on Polish Themes.

From February 4-5, 2015, the Copernicus Program in Polish Studies at the University of Michigan welcomes Polish trumpeter Tomasz Stańko to campus. On Feb 4, the 71-year-old gave the 2015 Copernicus lecture, an annual lecture at U-M that highlights the rich variety of Polish intellectual and cultural life. On Feb 5, the Tomasz Stańko New Balladyna Quartet performed Balladyna (ECM Records). 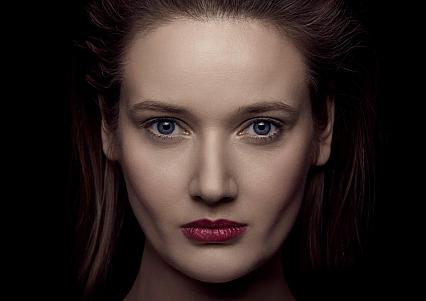 The international musical significance, as well as the personal friendship, of Witold Lutosławski and Arne Nordheim—who both raised the contemporary music of their respective countries of Poland and Norway to global levels—was celebrated with an international musicological conference entitled “Cultural heritage and dialogue. Lutosławski – Nordheim” at the Norwegian Academy of Music. The conference was a central event in the “Between identity and a community of cultures: from Chopin and Tellefsen to the twenty-first century” project—a multi-year series of symposia and concerts made possible through the collaboration of several important cultural institutions in Poland and Norway, and with financial support from the European Economic Area.

The Centre for Dialogue and Analysis THINKTANK and Orange Poland organized a debate on the theme of “Nowe dźwięki, Nowe trendy, Nowe możliwości” [New sounds, new trends, new opportunities], discussing the interaction between music, technology and business. It was held on May 15 in Warsaw’s Miasteczku Orange. 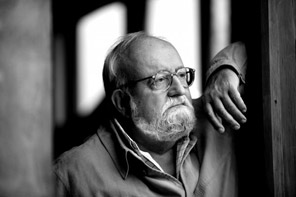 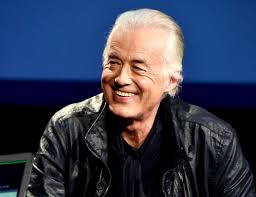 According to front man and producer Jimmy Page (above right), the band Led Zeppelin was inspired by Polish composer Krzysztof Penderecki (above left) in the creation of the band’s iconic sound. In February 2015, Page said to Kory Grow of Rolling Stone Magazine: “I wanted to get the density, if you like, of an acoustic guitar tuned into a chord and just sort of bowing and just building it up like you’d have over an orchestral thing almost or [modern classical composer] Krzysztof Penderecki. He would have liked that [laughs]. The idea of using the drone even preceded that album [‘Physical Graffiti’], but it really comes into effect there, that’s for sure. It was the early days of ambient music, if you like.” Page had previously mentioned Penderecki’s influence during a 2014 interview with Luke Turner on www.wonderingsound.com.

Writing for The Guardian on April 8, Andrew MacDowall painted a picture of how tourism in Poland is affected by the world’s fascination with Fryderyk Chopin, in the article “Chopin movement music to ears of Polish tourism officials.”

The Pracownia muzyki tradycyjnej [Traditional Music Laboratory] of the Institute of Music and Dance in Warsaw was founded on June 17 during the conference Przekaz międzypokoleniowy w kulturze tradycyjnej i rola państwa w tym zakresie [Transgenerational transmission in traditional culture and the role of the state in this area] at the Ethnographic Museum in Warsaw. 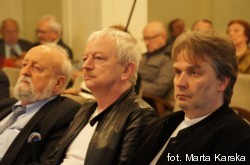 On June 18, at the XXXVIII General Assembly of the Polish Composers’ Union (ZKP), internationally renowned composer Krzysztof Penderecki received the first ever title of Honorary President of the Polish Composers’ Union. During this General Assembly marking the 70th anniversary of the Union, Mieczysław Kominek was elected president of ZKP, replacing outgoing ZKP President Jerzy Kornowicz who has served since 2003.

With its 26th issue, Glissando Magazine explored the concept of soundscape—our acoustic environment and the world as a vibrant composition, where every sound is a component of the infinitely complex and intricate wholeness—by delving into how we listen, perceive, assign different meanings, imitate, play with, and shape our sonic habitat. This 184-page issue is a collection of 35 texts, of which the New Music in Eastern Europe section is entirely in English.

On September 4, 2015, the much-anticipated Narodowe Forum Muzyki [National Forum of Music, or NFM] in Wrocław celebrated its inauguration with performances by the Choir of Agnieszka Franków-Żelazny, the Baroque Orchestra, the Leopoldinum Chamber Orchestra, the Symphonic Orchestra, and the pianist Piotr Anderszewski, among many others.

2nd edition of the “Quick course in contemporary music for everybody,” an open educational project, was presented at the Centre for Contemporary Art at the Ujazdowski Castle in Warsaw (October 8-10). The first course had a theme of “Old and Not Old Contemporary Music” (or “From Gregorian Chant to 21st Century”) and featured workshops, rehearsals and concerts performed by lecturers and participants.