OCTAVA ensemble, one of the most interesting vocal groups of the young generation in Poland, will present an exclusive a cappella program entitled “Polish Pure Sounds.” Performed for the first time in the US on October 9 in Chicago, “Polish Pure Sounds” presents the most valuable Polish vocal music and emphasizes the significant role of Polish music in shaping  world culture.  The program includes such important Polish composers as: Mikołaj z Krakowa, Grzegorz Gerwazy Górczycki, Mikołaj Górecki, Mikołaj Zieleński, Bartłomiej Pękiel, and more.

Directed by Zygmunt Magiera, OCTAVA ensemble has quickly established their leading position among other Polish chamber groups. They have been winners at various festivals and contests. Included in the many awards won by the group, there is the most prestigious award in Polish choral art: Grand Prix at the 39th edition of “Legnica Cantat”.

Thanks to the wide interests of OCTAVA ensemble, the group can perform every type of music, from Renaissance works to avant-garde coproductions with Krzysztof Penderecki, Aphex Twin (European Culture Congress, Wroclaw 2011), Portishead and Goldfrapp (an opening of new Trance scene on Misteria Paschalia Festival).

However, the specialization of OCTAVA ensemble is the XVI and XVII-century music. The group follows historical trends by recording albums of works from the turn of the Renaissance and the Baroque (Pekiel Missa Pulcherrima – FRYDERYK 2010 nomination, Hassler Missa Octava – reviewed very positively in British “Gramophone” magazine – the most esteemed classical music magazine in the world). Additionally, they have set up the extraordinary AD RADICES MUSICÆ project – for the first time in Poland, OCTAVA ensemble has brought back a regular interpretation of polyphonic compositions which are performed in their natural context, i.e. during a liturgy before council. 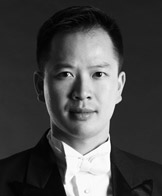 The late 16th century was a time of political and cultural renewal inEastern Europe. In particular, the lands of Poland and Bohemia stood at the forefront of this artistic flowering. In this workshop, we explore two rarely-heard major works from the Eastern European Renaissance: the Lamentations of Jeremiah, as set by the Slovenian composer Jacobus Gallus; and the Missa Paschalis by the Polish composer Marcin Leopolita.

The workshop will be led by the director of music at the First Congregational Church of Berkeley, Derek Tam. Tam is a freelancer conductor as well as a soloist, chamber musician andaccompanist of various historical keyboards in the Bay Area. He currently serves on the Youth Advisory Board of Early Music America. 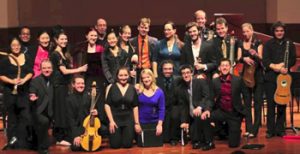 Musical treasures of the late Renaissance and Baroque period in Poland will be showcased at this year’s Paderewski Lecture-Recital and Fall Baroque Sinfonia Concert. Presented by Adam Knight Gilbert and the USC Thornton Baroque Sinfonia ensemble, these programs will feature rarely-heard vocal and instrumental masterpieces by Wojciech Długoraj (1550-1619), Grzegorz Gerwazy Gorczycki (1665-1734), Jakub Polak (1545-1605), and Mikołaj Zieleński (1550-1615), among others. The October 9 concert will also include early music repertoire from Germany and Italy. 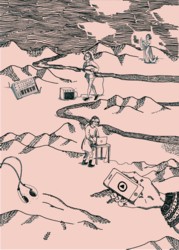 The 2nd edition of the “Quick course in contemporary music for everybody,” an open educational project, will be presented at the Centre for Contemporary Art at the Ujazdowski Castle in Warsaw from October 8-10, 2015. The first course in the 2015 series presents a theme of “Old and Not Old Contemporary Music” (or “From Gregorian Chant to 21st Century”) and will feature workshops, rehearsals and concerts performed by lecturers and participants. Lecturers include: Maciej Kaziński, Tadeusz Wielecki and Jerzy Kornowicz.