A Review by Krysta Close

During the weekend of January 16-18, 2015, the Los Angeles Philharmonic gave the US Premiere of Henryk Mikołaj Górecki’s Symphony No. 4, op. 85 at Walt Disney Hall in downtown Los Angeles. Due to ill health at the end of his life, Górecki was unable to complete the orchestration of this much anticipated follow-up to his wildly successful Third Symphony. After his death in November 2010, his son Mikołaj Górecki took to finishing the task.

A talented composer in his own right, the younger Górecki had studied with his father for 8 years in Katowice before completing his studies at the Banff Centre for the Arts in Alberta, Canada and Indiana University in Bloomington, Indiana in the US. While meeting with the Composers’ Forum at the USC Thornton School of Music during his stay in Los Angeles for the premiere, Mikołaj Górecki told students that the job of completing the symphony—which had been left in short score form with orchestration details by his father upon his death —was in fact a simple one. After so many years studying under his father and later discussing the unfinished Symphony during trips home to visit, his task seemed so clearly laid out that he felt he was merely channeling his father’s work onto the page. Indeed, the Fourth Symphony is so firmly rooted in the various idioms that Henryk Mikołaj Górecki expressed over the course of his career that, although completed by another hand, it seems to be truly an expression of the great composer’s last musical thoughts. 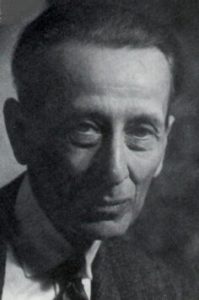 The Fourth Symphony is subtitled “Tansman Episodes,” which was no doubt the inspiration for the inclusion of another, lesser known Polish composer on the L.A. Phil’s program. Aleksander Tansman’s Stelè in memoriam Igor Stravinsky opened the concert in a very atmospheric fashion, invoking not only Tansman’s Russian friend and collaborator to whom the piece is dedicated, but also the tonalities of Claude Debussy, a compatriot in Tansman’s exiled home of France and a strong musical influence on both him and Stravinsky at certain periods in their careers. The Stelè is driven by its eerie and Stravinsky-esque use of percussion instruments such as the celesta, glockenspiel and bells. Over the ethereal and rhythmic backdrop these provide, the sadness of loss is finally laid bare in the last movement—marked Lamento—as a funeral march is passed from section to section of the orchestra, ultimately landing back in the percussion section with a snare drum roll. The snare, coupled with a trumpet call, suggests a possible military inspiration or, more likely, protest—either to the Nazi persecution of World War II that drove Tansman from Europe to the US, or perhaps to the Vietnam War conflict that was just coming to a bloody close as he finished this work in 1973.

It is well known that Górecki’s Fourth Symphony is a co-commission by several international powerhouses of classical music: London Philharmonic Orchestra and Southbank Centre, with generous support from the Adam Mickiewicz Institute and the Polish Cultural Institute in London; The Los Angeles Philharmonic Association: Gustavo Dudamel, Music Director; and the ZaterdagMatinee of the Amsterdam Concertgebouw. However, it is virtually unmentioned outside of Poland that the piece actually began taking shape much earlier, inspired by musicologist Andrzej Wendland who started organizing the Tansman Festival in Łódź in 1996. Although the connection to Tansman manifests in only a repeated musical theme based on Tansman’s name, not necessarily his musical style, these roots into Górecki’s homeland are appropriate considering his own surprise at, and resistance to, the phenomenal international success he experienced after the explosion of his Third Symphony onto the classical and pop charts in the 1990s. Rather than trying to emulate that very specific success, the Fourth Symphony provides instead a review of Górecki’s different stylistic periods, many of which would be unknown to those who have only basked in the sublime stillness of the Third Symphony.

Orchestrated for a very large ensemble, the Fourth opens in exactly the opposite fashion of the Third’s pianississimo, with a bombastic, ‘all hands on deck’ establishment of the Decisio theme. Reminiscent of the driving intensity of Górecki’s avant-garde Refren [Refrain] (1965), this theme—based on the four A’s in Aleksander Tansman’s name—is punctuated by clamoring thunderbolts from the bass drums and jarring stabs from the organ. One could almost feel Walt Disney Hall vibrating with the collective sound, as the audience became more palpably uncomfortable with each full-throated, dissonant organ chord, played expertly and without remorse by Marc Robson. The energy generated by the piece was electric and, whether they liked it or not, everyone in the hall was paying attention.

As the Largo second movement takes hold, the intensity of the first movement is interspersed with quiet, gentle moments, and the listener begins to feel that they are witnessing a true composite of Górecki’s different styles. In an almost Dr. Jekyll and Mr. Hyde-like contrast, the strings quickly lull the listener into a sense of calm, yet the intermittent dissonant bells remain a reminder that another attack from the organ is most certainly imminent. This kind of bipolar back-and-forth, expressed particularly harmonic juxtaposition of the keyboard and bells to the rest of the orchestra, is also present in Górecki’s playful Kleines Requiem für eine Polka (1993), which was completed not long before he first conceived of the Fourth Symphony. As the slow movement for the Fourth Symphony comes to a climax, the orchestra drops out for several minutes for a trio between the piano, cello and violin—this moment is a perfect example of the sublime touch of which Górecki was a master, while also exposing and unpacking several of the harmonic ideas presented in the Symphony thus far. On January 18, the trio section was exquisitely executed by pianist Joanne Pearce Martin, cellist Ben Hong and concertmaster Nathan Cole, with the latter two demonstrating an incredibly tight unison despite their locations halfway across the stage from each other. The entire movement revealed the subtle but very effective leadership provided by Maestro Andrey Boreyko, who also conducted the premiere of the piece in London in April.

The third movement returns to the defiantly dissonant Decisioso theme, now with three bass drums in unison leading the aural attack. The movement includes a fun, quasi-klezmer moment for the oboes, who are then joined by an oom-pah-pah from the percussion section and accordion-like sounds from the strings, all of which again harkens back to the Requiem. As the organ returns (and, at least in Disney Hall, the audience resumes their squirming), one can feel a momentum shift to a final statement . Although the organ remains strident in its dissonance, the strings continue to assert themselves like a ray of light breaking though. In the end, consonance prevails as Górecki concludes with a triumphant resolving chord for the organ, as if to say that even death cannot keep a composer from one last jubilant celebration.