Please join us to meet Krzysztof Meyer, one of the greatest living Polish composers, who will discuss his life and music during the 19th Annual Paderewski Lecture. Due to the pandemic and social distancing restrictions, this year’s Paderewski Lecture will be a virtual event broadcast on the new Thornton/LIVE platform.

No RSVP necessary! Just visit the Thornton/LIVE homepage above on Sunday Oct. 11, and make sure the volume is on

The Polish Music Center at the USC Thornton School of Music announces the 2020 Paderewski Lecture with Krzysztof Meyer. A distinguished Polish composer and noted pedagogue, Meyer will describe his studies with Krzysztof Penderecki and Witold Lutosławski, his musical influences and friends, including Shostakovich and Ligeti, and his signal musical achievements as a prolific composer of orchestral, stage and chamber music. He will also discuss his books about music and musicians and summarize the six decades of his creative life. During the last section of his lecture Krzysztof Meyer will be joined by his wife, Danuta Gwizdalanka, a noted musicologist and author of books on Weinberg, Szymanowski, Shostakovich and Lutosławski—the latter two of which she co-authored with her husband.

The 2020 Paderewski Lecture will be presented in Polish with English subtitles, taking the form of a conversation led by Marek Zebrowski, Director of the Polish Music Center, USC. This one-time live broadcast can be accessed on Thornton/LIVE at www.thorntonlive.usc.edu on Sunday, October 11 at 11:00 a.m. (PDT).

Born in 1943, Krzysztof Meyer is one of the most distinguished living Polish composers. A student of Stanisław Wiechowicz and Krzysztof Penderecki in Kraków, Meyer later studied in Paris with Nadia Boulanger and became a protégé and a lifelong friend of another great icon of Polish contemporary music, Witold Lutosławski.

As a composer, Meyer made his debut at the prestigious Warsaw Autumn Festival in 1965 when he was still a student. Throughout the 1960s, he also performed as a pianist with the MW2 ensemble devoted to premiering avant-garde and experimental music, and performed his own piano and chamber works.

Beginning in 1966, for two decades Meyer served as professor of composition in his native city of Kraków. In 1987, he moved to Germany to take a professorship at the Hochschule für Musik in Cologne, a post he held until his retirement in 2008. Krzysztof Meyer is also the author of two significant biographies of his two most important friends and mentors, Dmitri Shostakovich and Witold Lutosławski. Both books have been translated into a number of foreign languages.

A prolific composer of chamber music, Meyer authored 15 string quartets, several trios for various ensembles as well as duets for violin and piano and cello and piano, among others. Meyer’s nine symphonies as well as his other orchestral works and over a dozen solo concertos stand out in the realm of orchestral music. His extensive catalogue of compositions is complemented by stage works, including two original operas, Cyberiada and The Maple Brothers, as well as his completion of Shostakovich’s The Gamblers and a ballet based on Stanisław Moniuszko’s opera, The Countess.

Krzysztof Meyer’s works have received a number of prestigious international awards, including First Prize for Symphony No. 3 at the Fitelberg Composers’ Competition, First Prize at the Szymanowski Competition for Symphony No. 4, the Prince of Monaco Prize for opera Cyberiada, UNESCO Prizes for String Quartet 2 and 3, the Polish Composers’ Union Award, the Alfred Jurzykowski New York City Award, and the Johann-Stamitz Award, among others.

To experience the music of Krzysztof Meyer before or after the lecture, visit the PMC’s curated playlist at www.youtube.com.

About the Polish Music Center

Besides being a library, museum and research institution, since 1994 the PMC publishes its monthly Newsletter online with information about Polish music and musicians worldwide. The Polish Music Center also organizes annual concert series, presentations and conferences on the USC campus and around California, including the Paderewski Festival in Paso Robles.

All events subject to change 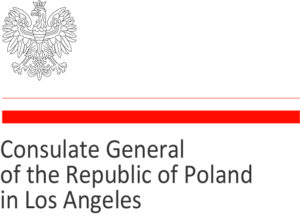